Did you know that New York City is currently on its FOURTH Version of Madison Square Garden? True enough: Four Venues in four different locations throughout the city.

The latest construction of "The World's Greatest Arena" (known in some circles as MSG IV) opened in 1968, but the original was built waaaayyy back almost 90 years earlier in 1879.

MSG I-The first Madison Square Garden opens its doors on East 26th Street and Madison Avenue in 1879. Unfortunately, the roofless Garden was hot in the summertime and freezing in the wintertime so it had a rather limited lifespan.

MSG II - The second incarnation opens on the same spot in 1890. Topping the Garden's tower was a statue of Diana which caused Madison Square Park to become known as "Diana's little wooded park". 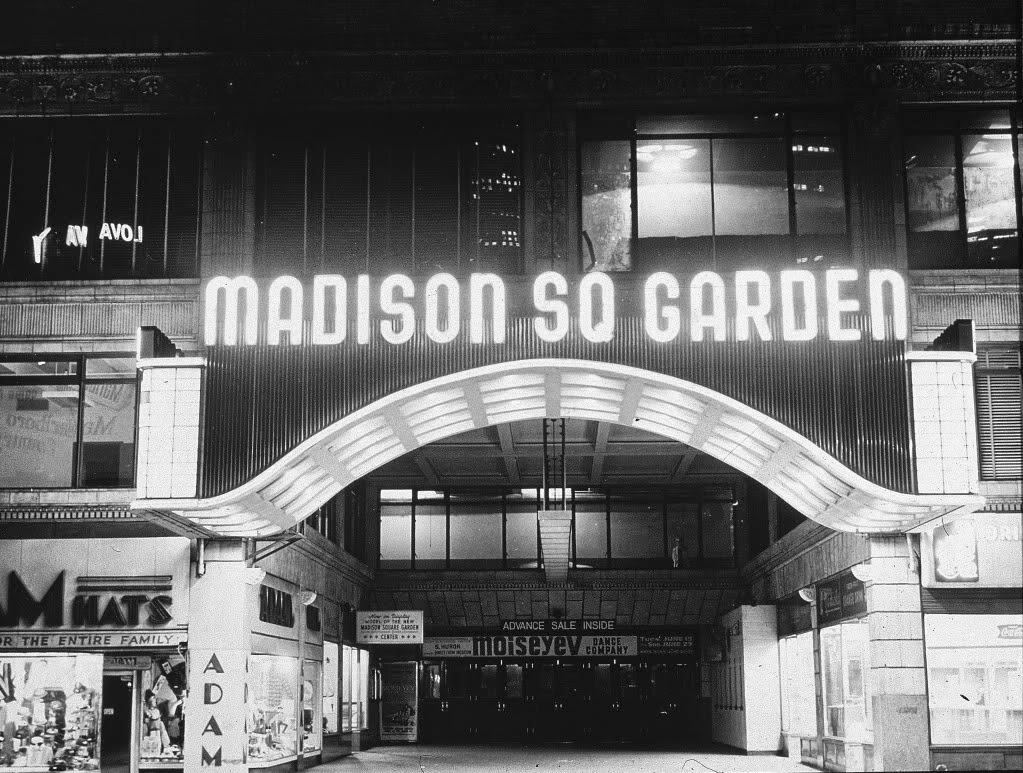 MSG III -The third to bare the name, this MSG built in 1925 was located on Eighth Avenue between 49th and 50th Streets in Manhattan, on the site of the city's trolley-car barns Moving uptown, It was the first Garden that was not located near Madison Square. It was home to the Rangers, Knicks, Defunct NHL team The Americans and the annual NIT college basketball tournament.

MSG IV - Ah, the site we now all know an and love. It's a little trivia that most people don't know. The arena we have now is probably destined to remain for a long time and is currently undergoing a significant renovation.

The MSG Co. offers a great program called "The All Access Tour for Madison Square Garden." that's well worth a few bucks.

In the meantime, brush up on all of your Madison Square Garden history at this site below:
http://www.buzzle.com/articles/history-of-madison-square-garden.html
Words of Wisdom by The NYC Big Adventure Info@NYCBigAdventure.com at 9:42 AM