Exploring the rare Track Geometry Car of the NYC Subway

If you're a frequent strap-hanger on the NYC subway, then you might have been lucky enough to once get a glimpse of the elusive MTA's Track Geometry Car. Making only sporadic appearances, the train rarely emerges from the underground tunnels like a mythical mechanical beast. A sighting is usually spoken about only in hushed tones late at night at local bars. 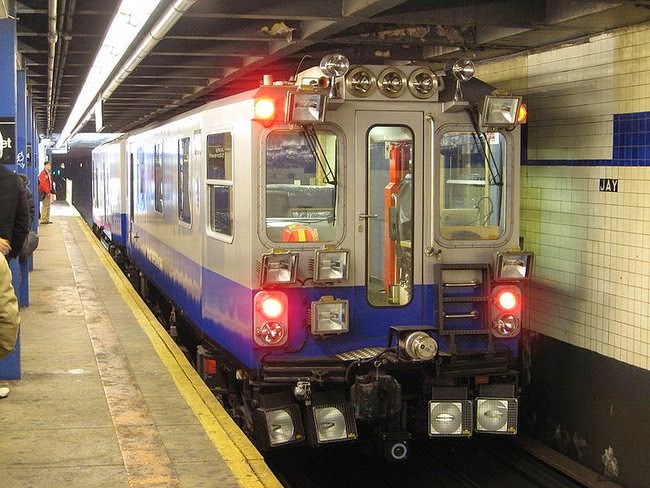 Okay, we're exaggerating a bit, but The Track Geometry Car is arguably the most unique car among the rolling stock in the MTA's line up. Of the entire 6,500 plus subway cars, there is only one incredibly cool Track Geometry Car.


The train uses a crew of seven and an endless array of sophisticated tools such as the "Ultrasonic Rail Flaw Measuring System" to carefully measure the track's alignment, curvature, rail gauge, vertical gap and more. Each and every section of the 637-miles track is manually checked six times a year by a trained crew of mechanics, analysts, and engineers.

The train has one main purpose: spot track defects before they become dangerous. After all, some of these tracks are over 100 years old and endure the stress of hundreds of heavy trains each day. In the past, track inspection was painstakingly completed by track inspectors walking the tracks and visually inspecting every section of track.

If you find yourself standing on a NYC subway platform, keep your eyes peeled and you just might spot the Track Geometry Car!
Words of Wisdom by The NYC Big Adventure Info@NYCBigAdventure.com at 11:57 AM