How well do YOU know New York City? Test your intellectual might with these NYC Big Adventure puzzlers.

While we prep for an epic return to more regular Big Adventuring early next year, we thought that we would toss out an early Holiday Gift to all with some of our favorite Big Apple trivia questions!

These ten particular questions were used on our 2012 "Big Adventure's Greatest Hits" Adventure. Many of them showcase some of the finer moments from the last 18 months in New York City. How many can YOU get right? We'll post the answers on Tuesday, Christmas Day.


1) Which section of New York would be the Fourth Largest City in America - after Chicago, Los Angeles, and the rest of NYC – if it stood on its own as an independent city?

2) In 2009 and again in 2011, an odor drifting over from the Frutarom flavor factory in North Bergen, New Jersey, made parts of New York City smell like what?

3) Who played the very last concert at Shea Stadium?

4)  In the last five years, two professional New York City based sports teams have won National Championships. Who were they?
5) Who was “Client 9” better known as?

6) In 1626, people from WHICH country purchased Manhattan Island from the Lenape Native Americans for 60 guilders (about $500 in today's currency)?

7) According to NYC eccentric Jimmy McMillan what is “too damn high”?

8) Which actor made a bizarre appearance on David Letterman in 2009 that later turned out to be a hoax as part of his film “I’m Still Here”?

10) What is Blue Ivy Carter’s claim to fame?

Have we whet your appetite for even more scintillating trivia? Lucky for you, NYC is the home of a boatload of weekly bar trivia events. Three ongoing incredibly well done groups that the Big Adventure recommends are: 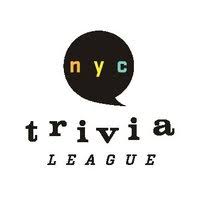 Trivia, A.D.
Words of Wisdom by The NYC Big Adventure Info@NYCBigAdventure.com at 10:44 PM