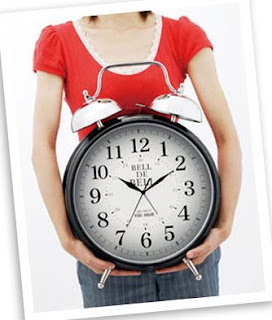 Filling in some of the hour-by-hour gaps by the original list. After all, with no sleep and a 24-Hour Adventure, every hour must be filled. (all other original info is in the post below)

Also, we’ve gotten e-mails and calls from many of you who say you’re planning on dropping by at so and so times. As we said before, swing by whenever!

So, among the Big Adventure Planners and committee members, there was a hubbub of disagreement concerning the best bars to visit in Hell’s Kitchen. The resolution: keep it simple. We’re going to start at Valhalla around 1:30 AM where they have a great atmosphere and many, many beers on taps as well as sampling and end at Circus bar – home of a half-assed circus theme, incredibly cheap beers and always something going on that’s a little north of shady (and I always get the impression that they never close). Depending on how it goes, we may stop at sundry bars along 9th Avenue between the two places as we walk/stagger. Call to locate us.

Time to refresh and refuel. Probably will stop at the Tick Tock Dinner or New Diamond Café or one of the other 50 24-Hour Diners located in Midtown or Hell’s Kitchen. Ah, isn’t New York great?

Ah, Daybreak. We’ll take the 1 Train to the tip of Manhattan to watch a new day dawn. Battery Park is said to have the best view of Sunrise on the island and we can point and laugh at the early, early morning runners at the secluded city park. We will the then be filled with inspiration and epiphanies and we’ll start some sort of crusade and take the world by storm in some manner. Stopping at a 24-Hour Starbucks is also part of this segment of the Adventure.

Okay, we’ll not really an appearance, but we’ll be those stupid people outside waving signs. Yes, both CBS and NBC host a Sunday Morning version of the weekday show that no one watches. And Yes, we’ll have signs to wave. Since there are only about a dozen people on Sunday, we should make quite an impact. Set the DVR and tell your great aunt who is up that early on Sunday to get ready to watch us hang with lesser-known anchor Lester Holt.

Words of Wisdom by The NYC Big Adventure Info@NYCBigAdventure.com at 10:03 AM